The Internet has yielded some interesting job possibilities for Pakistan’s recently deposed President and the ex-Chief of the Army Staff, Pervaiz Musharraf.

Though we don’t want to give any time to this person, we however, post these photos as a tribute to their Maker who was able to picture Musharraf in the garb of some of the ‘men of the land’ that Musharraf never stood for.

The Photo Artist has captured some creative professions that are common in Pakistan but are looked down upon because of being low in financial returns. The self-employed vendors, beggars, transporters, small traders; their postures are so endearingly theirs that the face of a Military General appears humane in their environment, and on their bodies. 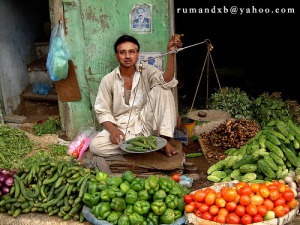 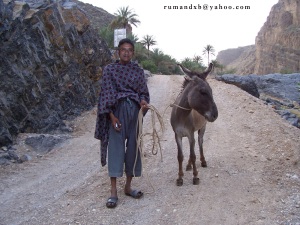 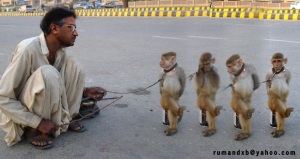 It was to avoid such speculation that Mush did not want to take it off in the first place!

In its ‘sweetness’, if i may be allowed to say so, this set reminds me of the after-retirement possibilities imagined by the UBC Punjabi language students for Teacher/Poet Sadhu Binning in Vancouver. View it here:UBC Students of Punjabi Literature, Delightful Performers!

(Most) Images sent by Anita Mir.