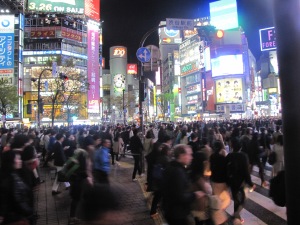 What does Buddhism[1] say about social matters?

In Buddhism, all things are governed by the universal law known as Dharma. In the physical world, Dharma regulates the expansion of galaxies, the flow of the seasons and of the rise and setting of the sun. In the social world, Dharma is found in the obligations and responsibilities we owe to one another as humans.

To live in accordance with Dharma socially is to live a moral life (sila) in harmony with the well-being of others. Buddhism in particular looks at the Dharma in relation to suffering and the end of suffering.

Suffering arises socially when we think we exist separately from one another. In Buddhism, nothing exists separately from anything else and there is no “self” or “essence” which divides one thing from another. The end of suffering begins when we realize that we do not exist seperately from anything or anyone but in a dynamic interdependence with everything and everyone around us. There is no “self” dividing me from my neighbour.

In so realizing, I regard my neighbour as myself. Dharma is realized by “doing good to others, avoiding harm to others.” Buddhist ethics consider how one’s words, actions and livelihood affects other people and the quality of one’s relationships with those people. Kind words, a smile, a handshake, all make a difference. Dharma is apparent through the effects of our moral actions on our lives (‘karma’) and how the cumulative effects of our action produce social relationships, networks and society.

Above all, human relationships provide support and solace in a world of suffering. The loneliness of human existence, the pain of separation, the sorrow of losing someone close to us, all are lessened through the bonds of love, friendship and brotherhood. The ideal society in Buddhist philosophy is one where each person lives in respect and with affection toward others, creating relationships in the spirit of love, compassion and joy in the happiness of others. 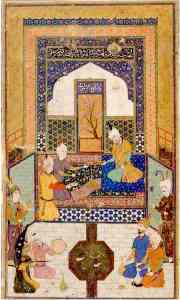 “Hatred is not appeased by hatred. Hatred is appeased only by Love”
(Dhammapada, 1.5)

What role does politics play in Buddhism?

Buddhism originated at a time in India when the state was active in expansion, trade, war and diplomacy. The state is found in the Buddha’s ideas and his teachings have the following implications for politics.

First, like all phenomena in Buddhism, politics is imperfect, subject to change, interrelated and composite and conditioned by many interdependent factors, such as geography, history, inter-state relationships and how people relate to the ruler.

Second, politics is governed by the universal moral law or dharma. The ruler in Buddhism is appointed by the people (Maha Sammata) to protect their life, security and property.[1]  The moral law of Dharma requires such a ruler to be benevolent (adosa), moral  (sila) and not to act contrary to the will of the people (avirodha).[2]

Third, the “benevolent ruler” (dharma raja) is essentially the secular counterpart of the Buddha, a person who has realized his highest spiritual and ethical potential (buddha) and who directs that energy (chanda) to the people’s welfare. He improves their economic condition so they have a foundation upon which to pursue a good life.[3] He avoids harm to others in thought, word or action, particularly through the practice of non-violence (ahimsa).[4]

The purpose of Buddhism is to end human suffering. Government in Buddhist politics lays the foundation for such a life by enabling the people to fulfill their potential for goodness and happiness and, thereby, putting an end to suffering. The Dharma Politic is “for the good of the many, for the happiness of many, out of compassion for the world.”

[4] The Buddhist-influenced Gupta Empire (c. 320-551CE) for instance was noted for its minimal state interference in society and its abolition of capital punishment.