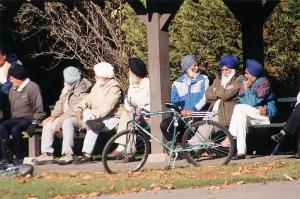 Volunteers are needed to help make Surrey the ‘Coolest’ city in Canada by asking the Mayor and other city officials to make a commitment to climate protection policies and agreements.

Update: A Best Seller On Our Hands: Skeena!
Surrey BC is featured in a novel launched on April 9/2011 at the Newton Branch of Surrey Public Library. The novel titled ‘Skeena’ is written by Surrey-based author Fauzia Rafique, and was launched here in both English and Punjabi (Gurumukhi and Shahmukhi).
More information about the book launch in surrey

The story of Skeena begins in a village in the Pakistani Punjab in 1971, moves to the city of Lahore in 1981, continues onto Toronto ON in 1991, and finishes in Surrey BC in 2001. The novel is divided in four sections, and the fourth section takes place in Surrey.

The English and Gurumukhi editions of Skeena are published by Surrey-based publishers Libros Libertad and Uddari Books in 2011. The Shahmukhi Punjabi edition was published by Sanjh Publications from Lahore in 2007 where the novel was launched in nine cities in Punjab and Sindh.
More information on Skeena