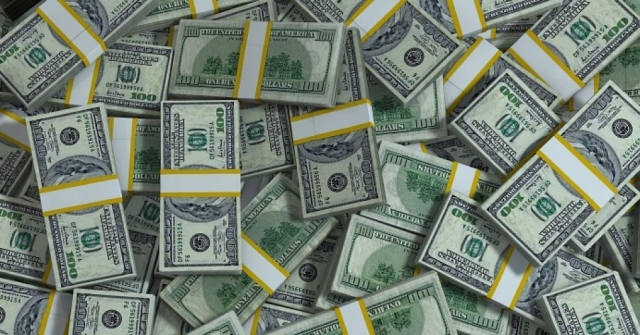 While Americans fixate on Trump, the super-rich are absconding with our wealth, and the plague of inequality continues to grow. An analysis of 2016 data found that the poorest five deciles of the world population own about $410 billion in total wealth. As of 06/08/17, the world’s richest five men owned over $400 billion in wealth. Thus, on average, each man owns nearly as much as 750 million people.

Why Do We Let a Few People Shift Great Portions of the World’s Wealth to Themselves?

Most of the super-super-rich are Americans. We the American people created the Internet, developed and funded Artificial Intelligence, and built a massive transportation infrastructure, yet we let just a few individuals take almost all the credit, along with hundreds of billions of dollars.

Defenders of the out-of-control wealth gap insist that all is OK, because, after all, America is a ‘meritocracy’ in which the super-wealthy have ‘earned’ all they have. They heed the words of Warren Buffett: “The genius of the American economy, our emphasis on a meritocracy and a market system and a rule of law has enabled generation after generation to live better than their parents did.”

But it’s not a meritocracy. Children are no longer living better than their parents did. In the eight years since the recession the Wilshire Total Market valuation has more than TRIPLED, rising from a little over $8 trillion to nearly $25 trillion. The great majority of it has gone to the very richest Americans. In 2016 alone, the richest 1% effectively shifted nearly $4 trillion in wealth away from the rest of the nation to themselves, with nearly half of the wealth transfer ($1.94 trillion) coming from the nation’s poorest 90%—the middle and lower classes. That’s over $17,000 in housing and savings per lower-to-middle-class household lost to the super-rich.

A meritocracy? Bill Gates, Mark Zuckerberg, and Jeff Bezos have done little that wouldn’t have happened anyway. ALL modern U.S. technology started with—and to a great extent continues with—our tax dollars and our research institutes and our subsidies to corporations.

Why Do We Let Unqualified Rich People Tell Us How To Live? Especially Bill Gates!

In 1975, at the age of 20, Bill Gates founded Microsoft with high school buddy Paul Allen. At the time Gary Kildall’s CP/M operating system was the industry standard. Even Gates’ company used it. But Kildall was an innovator, not a businessman, and when IBM came calling for an OS for the new IBM PC, his delays drove the big mainframe company to Gates. Even though the newly established Microsoft company couldn’t fill IBM’s needs, Gates and Allen saw an opportunity, and so they hurriedly bought the rights to another local company’s OS — which was based on Kildall’s CP/M system. Kildall wanted to sue, but intellectual property law for software had not yet been established. Kildall was a maker who got taken.

So Bill Gates took from others to become the richest man in the world. And now, because of his great wealth and the meritocracy myth, MANY PEOPLE LOOK TO HIM FOR SOLUTIONS IN VITAL AREAS OF HUMAN NEED, such as education and global food production.

—Gates on Education: He has promoted galvanic skin response monitors to measure the biological reactions of students, and the videotaping of teachers to evaluate their performances. About schools he said, “The best results have come in cities where the mayor is in charge of the school system. So you have one executive, and the school board isn’t as powerful.”

—Gates on Africa: With investments in or deals with Monsanto, Cargill, and Merck, Gates has demonstrated his preference for corporate control over poor countries deemed unable to help themselves. But no problem—according to Gates, “By 2035, there will be almost no poor countries left in the world.”… continued

Continue to read at Common Dreams