Shah Hussain was a gay Punjabi poet of the 16th century. His love for a young man, Madho Lal, is legendary. Shah Hussain and Madho Lal are buried side by side at Shah Hussain’s shrine in Lahore. They are known to eternity as “Madho Lal Hussain.”

When I read Shah Hussain for the first time, I felt like I was looking back at myself five hundred years ago. Reading his work, as a gay Punjabi-Canadian man, gave me a sense of pride and belonging to a culture I’d long grown alienated from. I was then recently put off to see Naveed Alam trying to deny Shah Hussain’s sexuality in Alam’s introduction to his translation of Shah Hussain’s verse.

According to Alam, Shah Hussain couldn’t have been gay, because:

In any case, Shah Hussain probably didn’t express his sexuality overtly in his poetry for good reasons.

According to the platonic love theory, Shah Hussain and Madho Lal were master and disciple respectively and their love should be seen in that context.

The problem is that there is no proof that Madho Lal (a Hindu Brahmin) was even a follower of Shah Hussain or that he was part of a Sufi order. In fact, had Madho Lal been a disciple, then it would’ve been he who was expected to write poems in praise of his master, not the other way around.

My lover grabbed my arm
Why would I ask him to let go?
Dark night drizzling, painful
The approaching hour of departure
You’ll know what love’s all about
Once it seeps into your bones…
(trans. N. Alam)

When he looked at Madho, he signed painfully and said: ‘Friends, take heed. This boy has set my heart out of control. With one look he has made my heart restless. With one look he has taken away my heart. Taken the life out of my heart, and the soul out of my body. What should I do, friends? What should I do to make him fall in love? Friends, I’ve become a prisoner of his love. I shall not find peace till I see him” (Haqiqat al-Fuqra (‘Truth of the Saints’), c. 1660).

In another account, one of Shah Hussain’s followers spies on Madho Lal Hussain:

You [Hussein] are taking a glass of wine from Madho and kissing Madho on the forehead and the Madho is also kissing Hussein’s forehead … Madho again gives a full glass to Shah Hussein, stands and greets him respectfully. Hussein also gets up and greets Madho respectfully. The two friends remained busy in this matter, and kept kissing each other like milk and sugar … and then the two friends become one.

As for the feminine voice, Shah Hussain uses it even when not speaking to God. Shah Hussain refers to himself in feminine terms when sitting at the spinning wheel, taking part in women’s folk dances and sharing secrets with his girlfriends. This feminine voice is Shah Hussain’s soul speaking as a gay man.

In Shah Hussain, Punjabi and Pakistani gay men can hear their own voice, songs and verses singing back to them. The light and passion in his poems is smothered by people foisting their own culturally acceptable interpretations onto it. Shah Hussain’s love for Madho Lal comes alive when we embrace it fully for what it is. 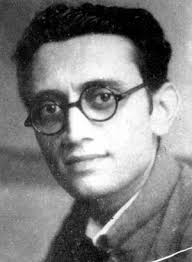 The Urdu short-story writer Manto was charged with obscenity six times for his short-stories, three times in India before 1947 (‘Dhuan,’ ‘Bu,’ and ‘Kali Shalwar’) and three times in Pakistan after 1947 (‘Khol Do,’ ‘Thanda Gosht,’ and ‘Upar Neeche Darmiyaan’). He was fined only in one case. The charges of obscenity haunted him nevertheless until his death: “I am not a pornographer but a story writer,” he would defend himself.

Under section 292 of the Indian Penal Code and the Pakistan Penal Code in Pakistan’s early years, a book or writing would be considered obscene if “it is lascivious or appeals to the prurient interest or if its effect … if taken as a whole, such as to tend to deprave and corrupt persons who are likely, having regard to all relevant circumstances, to read, see or hear the matter contained or embodied in it.”

The book or writing would not be found obscene however if it was “justified as being for the public good on the ground that such book, … writing… is in the interest of … literature, art … or other objects of general concern.”

Manto wrote about his experiences at the trial and appeal hearing of “Thanda Gosht” between 1949 and 1952. A witness at trial for Manto, Syed Abid Ali Abid, the Principal of Dayal Singh College, testified: “from Wali to Ghalib, everyone at some time, has written what is generally labeled as obscene. Literature can never be obscene. And, what Manto writes is literature.”

One witness, Dr. Saeedullah, gave Manto the title of “musavvar-e-hayaat,” the painter of life. Soofi Tabassum, a professor of Government College, deposed that “immoral writing is where the sole object of the writer is to undermine morality” and that “Thanda Gosht” did not affect public morality.

In Manto’s testimony, “Thanda Gosht” was a story “telling human beings that they are not separated from humanity even with they become animal like.” Like Flaubert’s Madame Bovary which had also been charged with obscenity, “Thanda Gosht” was a serious story filled with melancholy. As for the potentially corrupting influence of his stories on the public, Manto remarked, “my stories are for healthy people, normal beings, not for minds who dig  up carnal meanings in innocent and pure things.”

The case of Manto is relevant to the question of what is art and what is obscenity. The following questions are worth considering:

In “Thanda Gosht,” Manto tells the story of Isher Singh, a Sikh, who tried to rape an already dead Muslim girl, a heap of “cold flesh.” In “Khol Do,” a brutalized, unconscious  girl on the verge of death, Sakeena, opens her shalwaar qameez after the doctor examining her utters the words “khol do” (‘open’) to a nurse to open a window. The suggestion of raping a corpse or a girl opening her shalwaar on hearing the words “open (it)” by themselves may have been obscene; in their proper context, they illustrate the extent to which women were brutalized in the Punjab in 1947.

Manto was not only holding up a mirror to the dirt, hypocrisy and puritanism in Indian and Pakistani society; he was showing a way out of it. Ismat Chughtai wrote in her memoir “Kaghazi Hai Pairahan” that Manto’s “flinging it (dirt) about makes it visible and one’s attention can be called to the need of cleaning it.”  His stories unsettle us because they take us to the darker corners of our psyche, to desires repressed and to the ugliness that results. South Asia still struggles with the brutalization of women, sexual repression, sexual abuse, a growing AIDS menace and with discussing sex or sexuality openly.

Manto is still holding up the mirror to ourselves.

The black-and-white European-art style “Justify My Love” video was shot in Paris by director Jean-Baptise Mondino. The video begins with a worn-out Madonna being approached by a stranger in a hotel hallway. While they kiss and prepare to make love, Mondino teases out a series of sexual images, including bisexuality, androgony, cross-dressing, voyeurism and sadomasochism. Madonna leaves the stranger behind and runs down the hallway, laughing. The video ends with the words “poor is the man whose pleasures depend on the permission of another.” 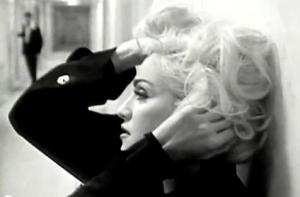 The video is deliberately surreal, blurring the line between reality and fantasy. The furor over the video was all too real. MTV banned the video for its sexual content. Madonna responded by releasing a video-single of the song, which became the best-selling video-single of all time. It was named the “Best Video of the Year” by the critics of Rolling Stone magazine and as one of “Best 100 Videos” of all time by that magazine.

“Justify” asks what constitutes acceptable sexual behaviour in (American) society. For Madonna, sexual behaviour with a woman as its subject was always going to be socially problematic. “I was not objectified,” she explained to Bob Guccione Jr., “and that is unacceptable.” The “Justify” video shows Madonna granting permission to her lover to enter her room, taking control of her fantasy, creating one erotic scene after the next and leaving the man after she’s done with him. While a public backlash was brewing against her for going too far, Camille Paglia defended Madonna for exposing the puritanism and hypocrisy of America.

The video also appealed to sexual sensibilities other than standard male heterosexuality. In presenting, homosexual behaviour, cross-dressing and gender-bending, “Justify” challenged the idea of a  heteronormative America. As Madonna explained, “sex is the metaphor that I use, but for me it’s about love…tolerance, acceptance and saying, ‘Look everybody has different needs and wants and preferences and desire and fantasies.’”

Madonna was not the first mainstream artist to showcase voyeurism, androgony or even bisexuality, but she was the first to present that content as natural outside of the conventions of heterosexual male desire. As J.D. Considine points out, music videos like George Michael’s “Freedom 90” featured lesbianism but as a spectator sport for straight men. “Justify”  on the other hand implied that both bisexual and homosexual desires were acceptable subjects for fantasy.  “These feelings exist” said Madonna in her interview on Nightline defending “Justify,” and “I’m just dealing with that truth here in my video.”