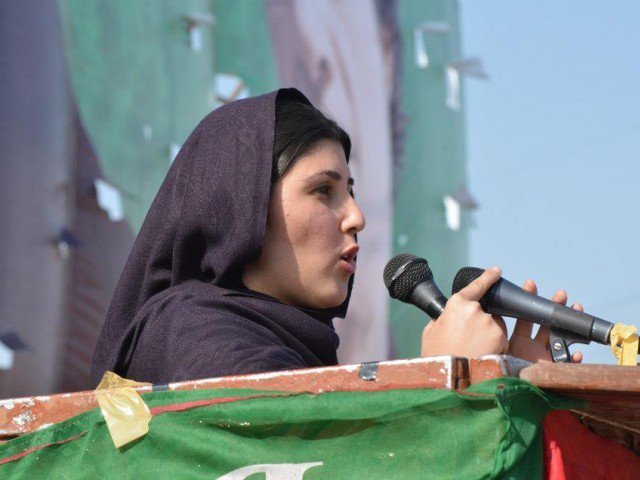 ‘Ayesha Gulalai Wazir is a Pakistani politician who is currently a member of the National Assembly
of Pakistan representing Pakistan Tehreek-e-Insaf on a reserved seat for women.‘ Wikipedia

‘Women’s Action Forum is shocked and incensed at the male abuse and threats against Ayesha Gulalai for speaking out against her alleged sexual harassment within the PTI. WAF is more dismayed at those women who are themselves targets of abusive misogyny, and then join the male squads in suspecting women for lying and fabricating their abuse for financial gain. Abuse against political women like Benazir Bhutto and those who stand up for their rights against cruelty, such as Mukhtara Mai, Malala and so many Pakistani women is a deliberate strategy to intimidate all women who dare to enter or speak out in male public spheres.

‘Those cowardly social media users who are exhibiting blatant criminal behaviour and terrorizing Gulalai with threats acid attacks and sending jirgas to her house should come into the real world and meet women survivors of such crimes. When party leaders tolerate or laugh off verbal abuse and harassment of women, it creates impunity and encourages the harassers to become more violent in their threats.
There is not doubt that the PTI has introduced a culture of openly abusive politics in Pakistan. If Naya Pakistan is so empty of empathy, compassion, neutral reflection and is so morally hypocritical then maybe the old Pakistan was a better place, which was at least not brazen in claiming pride over such spiteful misogyny against women.

‘We urge all political parties to take urgent action against such political persecution of women and open inter-party investigations over such serious allegations. WAF rejects all constitutional farces introduced by Zia ul Haq, including articles 62/63. Our message to abusive Pakistanis; Forget sadiq and ameen… just be law-abiding, respectful human beings.’

Uddari is in full support of the standpoint expressed by WAF in the press release. 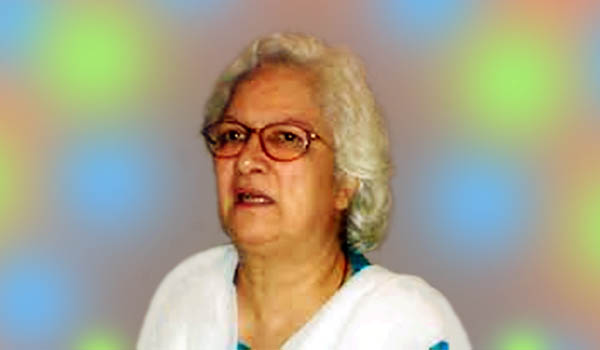 Nigar Ahmad, an educationist and a woman’s rights activist, was one of the founding members of Women Action Forum (WAF) established in the 1980s to fight General Ziaul Haq’s Islamicization policies that attacked women’s status in Pakistan. Later, Nigar founded Aurat Foundation and served as its Executive Director for many years.

Her contributions to the enhancement of the status of women include mobilizing women candidates to run for local government during the 1993 and 1997 general elections, organizing networks of citizens’ action committees in 70 districts to provide support to women; organizing national conferences and radio programs to inform peasant women on health and agricultural issues. ‘She was a consultant to the United Nations Development Programme (UNDP) in 1991 on the gender impact of a watershed management project in Azad Kashmir. She presented a case study to the Asian Development Bank on a pilot on credit for rural women, and, as a consultant to the United Nations Development Fund For Women, has been involved in a rural credit and gender sensitization training program of UNDP staff. Nigar has also been involved with the National Commission on the Status of Women, and the South Asian Partnership. She was a coauthor for the report on Womens Development Programs for Pakistan’s Eighth Five-Year Plan.’ (wikipeacewomen.org)

Nigar was awarded the Mohtarma Fatima Jinnah Life Time Achievement Award in 2010 for her work for the empowerment of women. She was one of the 1000 women proposed for the Nobel Peace Prize in 2005, and a nominee from Pakistan of the Global Sisterhood Network.

Nigar was suffering from Parkinson’s disease. She was admitted to a hospital in Lahore for chest pain where she passed away on February 24, 2017. She was the daughter of Mian Riaz Uddin Ahmad, a prominent civil servant in the Punjab. 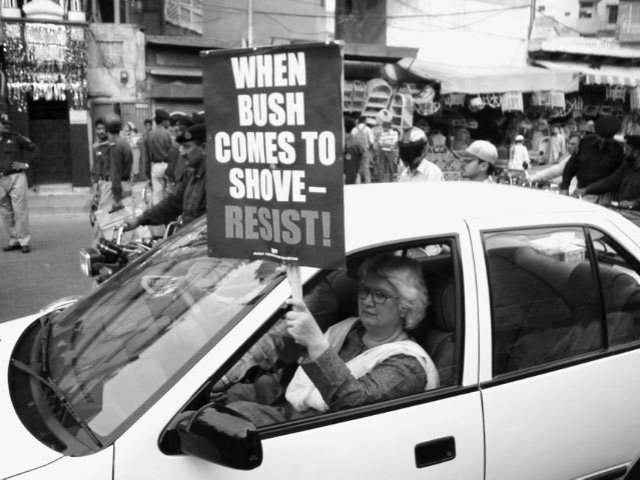 This is what Nigar had to say for George Bush, i wonder what she would have said for Donald Trump.