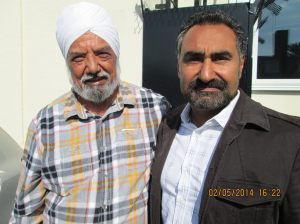 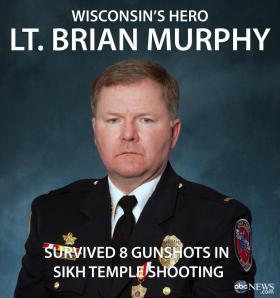 Lt. Brian Murphy, 51, was shot 8-9 times by a White Supremacist shooter who killed 7 people at the Sikh temple in Oak Creek, Wisconson August 2012. Lt. Murphy was the first officer to reach the crime scene, and his intervention by engaging the shooter saved many lives. When others arrived and the shooter was overpowered, Lt. Murphy told fellow officers to first assist people inside the temple instead of helping him. 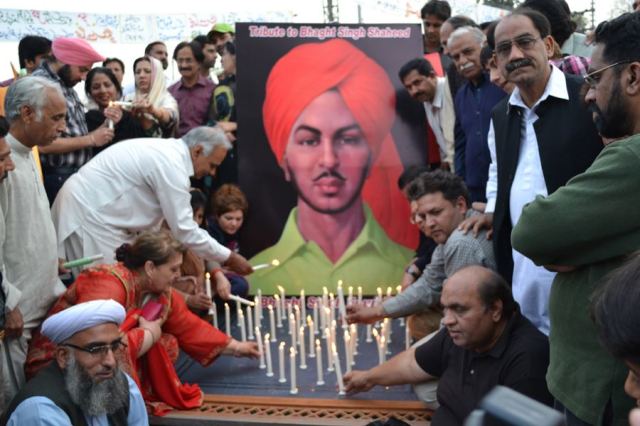 At a successful launch of their first anthology of writings, the members of Punjabi Sahit Sabha Abbotsford (PSSA) were supported by poet/dramatist Ajmer Rode, short story writer Karam Singh Mann and PSSA’s former president Surjit Singh Achharwal. Surjeet Kalsey and Pawan Gillanwala performed as the MCs. Deputy Mayor Mission Terry Giddha and Abbotsford City Councilor Moe Gill were also present. This is the first ever anthology of writings by Fraser Valley poets. Edited and produced by Surjeet Kalsey, it includes poetry of 22 writers. 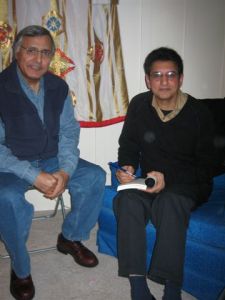 Author Tariq Malik with South Vancouver Liberal MP Ujjal Dosanjh at the launch of ‘Chanting Denied Shores’, a novel on the historic incident of Komagata Maru. 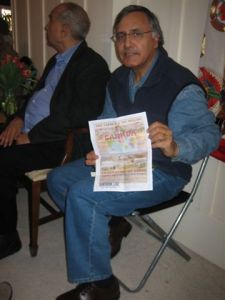 SOAS Meeting on the murder of Shaheed Salman Taseer 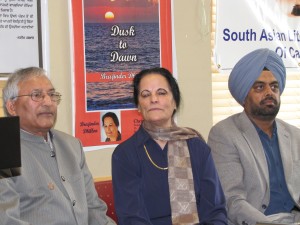 Sirinath Prasad Dwivedi Ji, President South Asian Literary Society of Canada with Author Brajinder Dhillon and Punjabi Kendri Sabha’s Mohan Gill. ‘Dusk to Dawn’ is Brajinder’s eyewitness account as a child of the 1947 partition of the Indian Subcontinent. The launch event was held at a Surrey library in British Columbia. 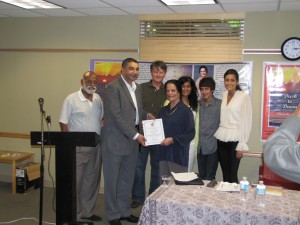 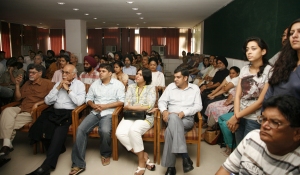 Hoori Noorani in the ‘Song of Moenjodaro’ 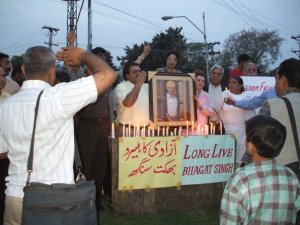 ‘Bhagat Singh: the Hero of Freedom’ 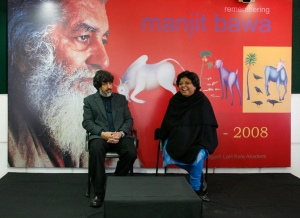 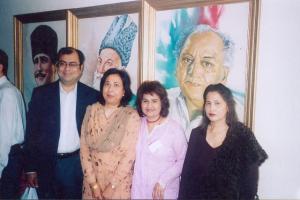 and Faiz Ghar announced in Lahore 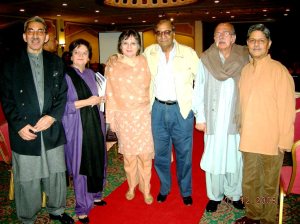 the establishment of Faiz Ghar in Lahore, a museum to house Faiz memorabilia and papers held by his family. 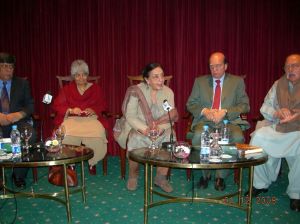 Funding permitting, the soft opening of a section is planned for Feb 09. The Ghar will be housed in a 2 kanal house in Model Town leased to the Faiz Foundation by an admirer of the poet’s for a token rent of One Rupee a month. Apart from the Faiz section, the Ghar’s remaining rooms will be open house to artistes and painters to pursue and practice their craft.

Text and images by Noonray: 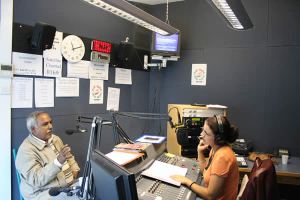 These photos are taken with a mobile phone by Snow, a 5-year old daughter of a poet who lives in Mansa, East Punjab. Snow took these photos in January 2008 in Mansa.

Snow’s Doll (Ooops Barbie Again) and some Books by Snow

The Boat in the Lake by Snow

Kartar with Vancouver Punjabi writers in 1997

Kartar and Sadhu Binning in Vancouver

Prompted by MCs Amrit TooR and Baljinder Atwal, the program also featured Dhad and Sarangi by Billa and Gamma, songs by Binder Rode, songs by Sukhi Lalli, and a few Lal Chand Yamla songs sung by Bhatia on Tumbi.

It was a treat to watch Punjabi youth perform dhol, bhangRa, gidha and other folk arts; for me, the high-time was the dhol performance by Dholi Raymond Bhullar, women’s Gidha by Asian Arts Club, and women’s bhangRa by En Karma – Joti Kooner.

Thanks to the inspirational role of Deepak Binning, a Richmond high school student who was taken by cancer at the age of eighteen, that has brought such thoughtful richness to our communities. In that, much admiration is commanded by Paul and Jas Binning who have created exemplary role models by transforming their grief into vibrant community support by organizing funds/awareness raising events to fight cancer and to help develop Punjabi art and literature.